Cannes Creative You Need To See 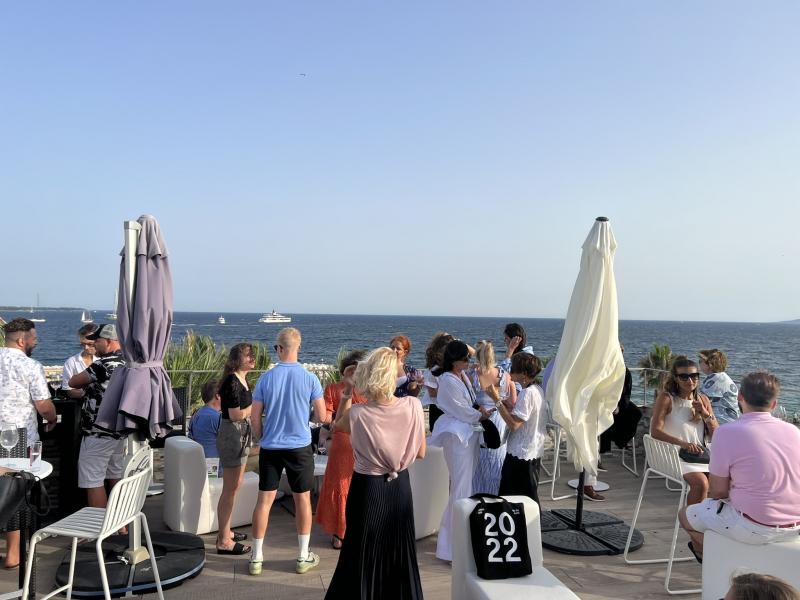 Fresh off the back of Cannes, with a lot of attendees only just emerging from the rose-soaked celebrations (or drowning of sorrows), the PRCA Creative Committee take a look at the winning campaigns that packed the biggest punch in 2022.

It’s impossible to ignore the impact of 'Long Live the Prince' a campaign from EA Sports and Engine. It focuses on Kiyan Prince, a promising young footballer who had his life cruelly cut short as a teenager in a fatal knife attack in Edgware. The campaign imagined Prince as the 30-year-old pro footballer he might have been if his future hadn’t been taken away, using AI to turn him into a playable character in FIFA and reaching millions of young people (who are notoriously difficult to speak to through traditional media)  and educating them on the impact of knife crime.

Featuring a stellar line-up of collaborating brands and working together in a genuinely unique way (the character of Kiyan became a collectable football card and was featured on a massive billboard as part of a sponsorship deal with JD Sports), this was an initiative that delivered a message directly to the audience it needed to reach and landed with massive impact.

Not only was it hyper-targeted and effective, but it talked about a serious issue in a positive, hopeful and non-judgemental way. The reach and the money raised for the Kiyan Prince Foundation are quite simply breathtaking. What a legacy for this family and for Kiyan himself.

A blueprint for issue campaigns for sure.

I WILL ALWAYS BE ME

It’s always the Pharma and Health & Wellness categories that excite me the most and this year was no different. I Will Always Be Me by Dell Technologies & Intel with VMLY&R NEW YORK took the Grand Prix for Pharma for good reason.

Motor neurone disease (MND) is a terminal illness, but before it takes your life, it takes your voice. ‘Voice banking’ was already an option for people with MND, but the process to do it was so protracted that many didn’t, opting instead for a generic computerised voice.

The team answered this problem with a storybook that people with MND could read to their loved ones to share their experiences with the illness. As they read, the system seamlessly banked their voice with all the syllables needed to create an accurate copy.

It still chokes me up thinking about the impact this will have on the families of those with MND. When we think about the power of creativity to change lives, this is really what we mean.

Tension. A great idea needs tension. It’s the bit that grabs you, that makes you share it down the pub or on a WhatsApp group.

Decathlon’s “The Breakaway” carries that tension and then some.

The idea is simple; a group of inmates at a maximum-security prison in Belgium, become teammates in a Decathlon e-cycling team, using Decathlon’s virtual sports equipment, Zwift.

The idea ties straight back into Decathlon’s strategic positioning of making ‘sport accessible for all’ but in an unexpected way by being inclusive of one of the most marginalised groups in society; prisoners. It gave the inmates a purpose, it allowed them to integrate into a society virtually, chatting to others who joined them for their training rides. And it even brokered some rapport between prisoners and members of the judicial system, as they challenged a group of lawyers, judges, and even the Minister for Justice to a race.

Belgium is home to some of the most densely populated prisons in Europe, and you’d hope that the government might just look at this idea and think about more creative ways to rehabilitate offenders - by giving them a purpose.

More initiatives like this could put the brakes on the ongoing cycle of prisoners re-entering prisons.

Chosen by Ottilie Ratcliffe, Chair of the PRCA Creative Group

While women have got into gaming in a big way, making up 50% of gamers globally, the gaming developer industry is still very male-dominated, with only 27% being female. And it shows.

Female characters in games are too often hyper-sexualised, wear very little clothing, engage in random sensual dances, and quite simply don’t behave in any way akin to women in the real world. Whereas men in gaming walk and talk fairly realistically.

Women in Games and BETC Paris decided to hack the female avatars in games and switch their provocative walks, hip-swaying and exaggerated actions onto male characters in order to highlight the brazen misrepresentation and call more women into the industry to balance it out. Then the modified characters were played by gaming influencers on Twitch.

The results? Women in Games attracted 74% new female members to their Discord channel and upped the visits to their ‘job offers’ page by 35 times. This was a campaign aimed at getting more women into games development, and it delivered - in a punchy, entertaining, and satisfyingly defiant way.