Can Social Media Ever Be Ethical? 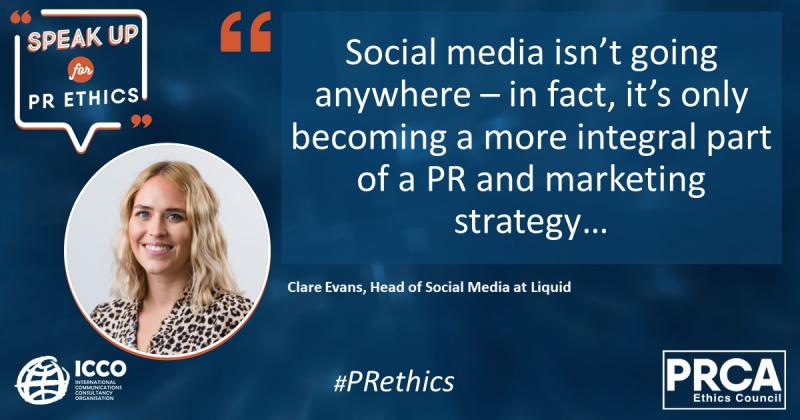 It sounds like a deep question, but when you consider that an early iteration of Facebook – the world’s biggest social media platform – was a website where Harvard University students ranked which of their peers was the most attractive, social media didn’t get off to the best start.

With subsequent years littered with Snapchat’s tone deaf Rhianna ad which saw $1bn wiped off their stock price overnight, Facebook’s well publicised data breaches, and YouTuber Logan Paul’s disrespectful video at the Aokigahara Forest in Japan it doesn’t look like ethics and social media are something that go hand in hand.

But is there a line?

Social media by its very name is about being social. It’s a place for you, me, and everyone else to share our inner most thoughts and feelings with our friends and followers. It’s your account, so should you be able to share your opinion? And when and where should the social media channels step in?

Earlier this year, England cricketer Ollie Robinson was the latest victim of ‘cancel culture’ when historic, racist, sexist and offensive Tweets came to light. The 27-year-old was hit with an eight-game ban when the posts from over a decade ago were thrown into the spotlight. This was, of course, met with a mixed reaction. Some feeling that Robinson should have been reprimanded for his historic posts. Whereas others felt these were posts made by a teenager and shouldn’t have impacted on his career.

Robinson isn’t the only person whose been ‘cancelled’ by the resurfacing of historic posts. In 2017, Jack Maynard was removed from reality TV show I’m a Celebrity…Get Me Out of Here! when similar, offensive posts were unearthed.

But when it comes to being ethical, how much should the social media channels be censoring?

Twitter took great delight in blocking Donald Trump following his 2020 election defeat, but was that on ethical or political grounds? It’s also pretty alarming that the Taliban is allowed to have a presence on social media when Trump is being silenced.

More recently, Instagram has been serving users with an option to swipe up for more information anytime COVID-19 and vaccinations are mentioned. The purpose of this has been to curb the spread of misinformation around the pandemic, which certainly shows an ethical side to the network.

But why then, can similar safeguards be put in place for homophobic, sexist, and racist posts? During the Euro 2020 final, Marcus Rashford, Jadon Sancho, and Bukayo Saka faced inexcusable racial abuse after missing their penalty kicks. Ethically, the social media channels had a duty to protect these players and so many others like they would protect the general public from ‘fake news’ about COVID. Yet they didn’t.

It’s not all doom and gloom, though.

Thanks to social media, there have been some great strides when it comes to the promotion of beauty products and skin care. Up until recently, brands and influencers had been able to promote such products and use skin-altering filters and photoshop. “But that’s unethical and false advertising!” …exactly. As such, ASA regulations have been brought in banning paid promotions from using such editing.

If we can do this, surely there’s so much more we can do?

It’s difficult to see who has the responsibility, and how far social media channels should go to be ethical and protect their users. The onus then, is on brands to ensure that they are safeguarding their audiences and protecting themselves. Social media isn’t going anywhere – in fact, it’s only becoming a more integral part of a PR and marketing strategy – but it’s certainly in the spotlight.