Learn the language or not be heard 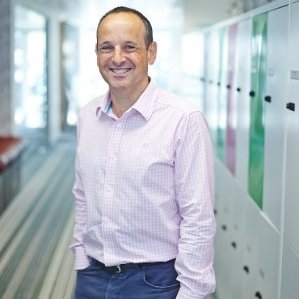 Where else but at a global summit on measurement can you hear measurement compared to Esperanto, quantum theory, Spiderman and torture in one day. These sound bites captured the attention of the 200 or so international delegates drawn to the first ever AMEC (Association of Measurement & Evaluation in Communications) conference in Asia.

The tone of the day focused squarely on a series of highly relevant case studies from corporations as diverse as GE, Nissan, AmEx, Microsoft, GSK, Mabadala and the Governments of Singapore and the UK. The common tone was the imperative of showing value from communications and of using good measurement to provide future insight.

As Deepa Dey from GSK said: “We need to decide between measurements for the practitioner versus measurement for the C suite.” Brian Lott, CCO of Abu Dhabi’s sovereign wealth fund, Mabadala, reinforced this by stating, “Measurement reports must be business specific”.

Who would disagree? That said, has this not been the case for the past five years or more? Did today’s proceedings provide any semblance of progress made in this regard?

Indeed they did. The measurement approach shared by Nissan’s Dr. Lavanya Wadgaonkar illustrated just how seriously the company takes the impact of communications to sales of motor vehicles. The insight around the path to purchase and the impact of communications was evidence of this commitment. For Nissan, influence now sits with the general population – a phenomenon it calls the ‘The Inversion of Influence’.

Another strong theme for the day was the declining impact of media and the resulting importance of good media planning. With the slow demise of print media and the proliferation of social media, speaker after speaker talked about the importance of focusing on the behaviours of the target audience rather than leading with media choice. Campaign measurement must reflect this and should provide evidence of audience impact rather than a dashboard of media metrics that says little more than how well the campaign did in media terms.

So, the tone of the day was encouraging. Clearly, the comms leaders of major corporations are taking measurement seriously and have a seat in the C suite as a result. The challenge for the rest of the industry is how best to take in lessons from these leaders and learn how to speak the same language. As GSK’s Deepa Dey said – measurement is like Esperanto – it is widely known but not widely understood because it’s considered impractical and too disruptive as a language.

What AMEC does is put this debate back on the table year after year. We operate in a data rich world and are well qualified to demonstrate the value and impact of communications to the C suite. It is a dereliction of duty if we shy away from outcome led measurement because it’s too difficult or if we ignore the data we have at our finger tips. We have the power, we just need the confidence to use it.

Or as one speaker said, “If you torture the data for long enough it will confess”.  Put another way, as Fritz Quinn of American Express citing Spiderman says, “With great power comes great responsibility”.