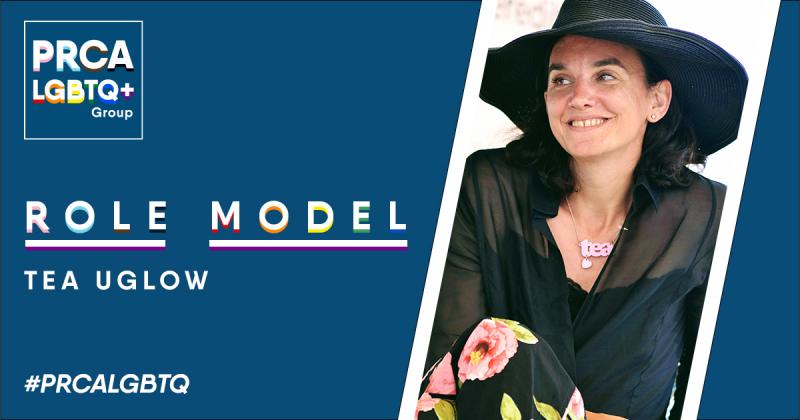 Since launching the PRCA’s LGBTQ+ Role Models series we’ve had the privilege of both talking to and sharing the stories of incredible leaders in our industry. It’s almost unbelievable that our 2020 workplace advocacy report—in partnership with YouGov—found that while inclusivity is improving, 29% of survey respondents were not aware of any LGBTQ+ colleagues holding senior leadership positions.

Today is International Transgender Day of Visibility, founded in 2009 to raise awareness of the discrimination towards transgender people around the world, marginalised for embracing their true identity.

As a group, we believe that acceptance is only the first step to progress. Now is the time to speak up and celebrate one another for the differences that make us unique, creative and special. We don’t all have to agree with one another all the time – or any of time – but we all have an equal right to a voice, an opinion and to be listened to.

With that, we bring you words from one of the great creative minds in our industry at the moment: Tea Uglow, Creative Director of Google’s Creative Lab in Sydney.

I don't have any great achievements. I am very proud of small things that matter to me, like a production of A Midsummer Night’s Dream with the Royal Shakespeare Company, or a blockchain project / digital book called The Universe Explodes with Visual Editions in 2018.

I am really proud of my book Loud & Proud - an anthology of speeches from the first 150 years of gay liberation. I didn't know when I started how much of gay rights was born and devised in Germany in the 19th century, or how they made up the words homo- and heterosexual, or that the first gay rights movement in the US didn't occur until 1924 and that was led by a German too. And there are all these amazing, amazing people so it was such a joy to dive into.

I don't have any great professional achievements. We won a Peabody award for the books we made during the five years window of EditionsAtPlay.com. Is that a professional thing? I feel like saying I got nominated for a special bonus for work on Chrome, or Search, or Photos. Or YouTube. I did meet the Queen after we built her YouTube channel. And I got to build the Vatican's first YouTube channel as well.

Oh. I find that I can now work on Gay for Google around the world as a side-hustle. And more of my time is spent writing up articles about the challenges of being female, or trans, or bisexual, or queer, or autistic. Less so, mental health. My company’s awareness of my mental health has been the most damaging to my career - I am wrapped in cotton wool and intellectually gaslit whilst losing everything that mattered to me.

But it is hard to say so, because now, as a woman, I cannot complain. Being autistic I am easy to dismiss out of hand whenever I get particularly focused on one aspect of injustice or another. As a person, all these labels have helped lift me out of a place of total despair - but it is very interesting to see how powerfully goodwill can compound discrimination and make you feel increasingly distanced and excluded.

I think the British government have had the biggest impact on my life. I am a child of Thatcher and a casualty of Section 28. From 1988 it became illegal in the UK to teach awareness of LGBTQ issues in schools, and as a result the culture of fear meant that no aspect of my puberty or childhood ever mentioned gay people or bisexuality, or trans people. Section 28 should be seen like we look at the unthinkable 1960’s psychology experiments on children. Every child in the country took part in that experiment - there was no opt out.

I feel that any adults in that position sounded so scared that children, like me, knew far more about Santa than they did about queers. Even years later, I still didn’t really know how little I knew. Instead of being educated, I was home-schooled by Ace Ventura, growing up ignorant of myself, and utterly illiterate. Section 28 lasted 25 years.

If it had been an experiment at least we would have data. The deep psychological scars so many of my age carry would have borne fruit, however bitter. But it wasn’t, so no one gets to learn a thing. And you cannot look at the singularly English version of transphobia without thinking that maybe, just maybe, a complete absence of social and sexual education may have left a mark there too.  This is a battle I will fight all my life - not the one with the TERFS - the one with my own deep-rooted disgust and self-loathing.

I actually feel like the gay flag emoji made a huge difference and it was the starting gun on my desire to get a transgender pride flag emoji. It took over four years and a small but amazing group of people. Seeing Monica Helms' flag in the beta releases last year was a day that I cried about.

More prosaically, I am proud of getting Google to extend their trans healthcare worldwide. I am quite old, so my career has a lot of space to SEE things. When I think most seriously about the question, I think that the repeal of Section 28 in 2004 and, less stand-out but a huge sweeping impact has been in medicine - the life, personal and professional success of a very dear friend called John. In 2000, when he was diagnosed HIV positive, we all assumed he would be dead within five years or so. We mourned. That he is still here is a testament to progress, to science, to evidence-based treatment

I'm about to begin a project to push for the erasure of gendered pronouns (just he/she. his and hers). They are unnecessary and dangerous words. It might be another one of these autistic obsessions, but I cannot understand why any woman demands that 'she' be labelled as a demographic that is distinct from the dominant and which provides a level of discrimination that is so ingrained, so visible, and evidenced in every data set.

It is a violent inequity, and it is enforced primarily by defining every human into one of two camps. In almost no situation does that distinction make a difference. We have learnt to eradicate, or at least acknowledge the implications of describing a person's skin pigmentation, why are we still adamantly defending the necessity of describing their gender? I think if you dealt with the far simpler problem of a new word for a plural 'they' (like, theys) then we could limit the structural discrimination that we know exists but can do so little to resolve.

, Co-chairs of the PRCA LGBTQ+ Group