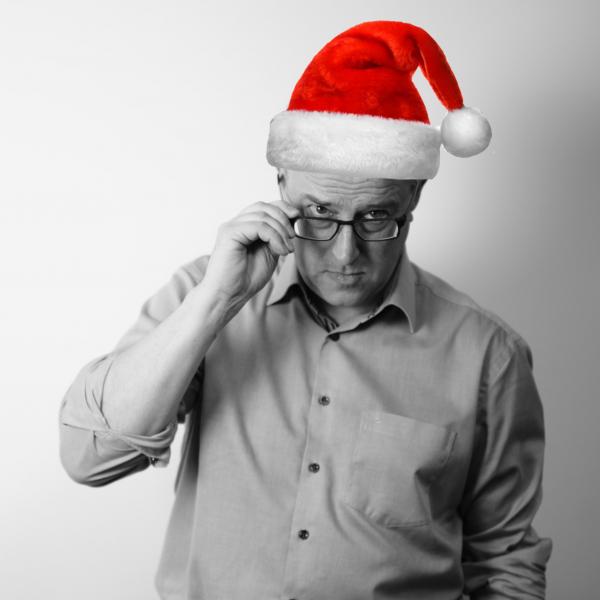 As is traditional at this time of year, I have cast a jaundiced eye over this year’s retailer Christmas TV ads for The Grocer magazine. Waitrose comes out on top following a late steward’s enquiry which punished Sainsbury’s for an appalling Americanism. Here are my unedited comments. Happy Christmas, if you can survive this lot.

Tesco wins the PC Christmas award, and not because of all those visits from the Fraud Squad. ‘Everyone’s welcome’ is the Tesco theme and they’ve crammed as many social stereotypes as possible into a 60-second ad which almost collapses under the weight of its own inclusivity. To be fair, they don’t actually say “yes, even Muslims and same-sex parents are welcome”, but that seems to be the patronising point. There are a couple of moments of humour, but when the voiceover announces “We’ve got a turkey for you” you can almost hear the nation’s TV viewers shout as one “We know, we’ve just been watching it.”

Kevin the dislikeable carrot makes an unwelcome return in Aldi’s 2017 offering. The so-called plot is just as specious as last year – why is a fully laden dinner table speeding through the night on a train with no passengers? – and Kevin is even more unpleasant. One vegetable/piss joke later (“I think I just pea’d/pee’d myself” – ho ho ho) and no one is any the wiser as to whether or why Aldi deserves any of our festive custom. OK, I liked the 9½ Leeks joke, but that doesn’t excuse the rest of this confused mess.

There’s nothing particularly good about the Lidl series of ads, but at least they are trying to sell some Christmas products, rather than make us feel all warm and fuzzy about our brutally hard-nosed retailers (a nigh on impossible task, but alas, that doesn’t stop them trying). It comes to something when the one memorable message from any of the ads seen so far is that Lidl will be stocking fresh turkeys from December 19th, but I suspect that simple statement may have more of an effect on sales than anything else on show this season. Meanwhile, all the main characters are a bit weird. The Mince Pie Maverick? Cavalier Carver? They conjure up a message like one of those old office signs – you don’t have to be mad to shop here, but it helps. As for the Double Dipper, I think she needs professional counselling.

What’s that whirring sound? Oh, it’s Michael Bond spinning in his grave as his character, Paddington is prostituted, albeit rather feebly, for the benefit of M&S. Plot-wise this is all over the shop. Are we in the 1950s (old lorry), 1970s (Angela Rippon – god help us!) or 2017 (i-Phone)? Why is the burglar on the roof in the first place? And although Paddington is notoriously thick, surely even he can tell the difference between a petty criminal and Father Christmas (though having seen some of the characters who staff our local grotto, maybe not)? Now see what they’ve gone and done? They’ve made me take their whimsical and witless tripe seriously. It doesn’t deserve it, and M&S doesn’t deserve advertising like this.

I think this is trying to tell us that you can get good drugs at Asda. Surely that’s the only way that any of this becomes intelligible? Anyway, Asda-land at Christmas is clearly a really peculiar place, staffed by very strange people, and producing largely unpleasant looking food. Maybe they have spent too much money on production and not enough on the script/story. There are one or two nice touches – I like the reindeer powering the Christmas pudding machine – but overall it feels like a concept that’s short of substance. Would it tempt me into Asda? No, of course not.

This looks like a very trad ad at first, if only because all the other retailers have tried to do something different this year (and largely failed). The highlighted product selection is a bit odd – bouquets, desserts, fish, turkey – but the freshly prepared in store message comes through loud and clear. Naturalistic acting and a tug at the heartstrings at the end contribute to the slightly quaint charm. Adland might hate it, but the Morrisons’ revival should benefit.

You have to be a hard-hearted misanthrope not to go a bit gooey over this latest Christmas excursion, but for all the high production values, great soundtrack, and good acting, it does feel like the whole annual John Lewis ad fest has run out of steam. This is actually a fairly thin creative idea that feels overstretched and after all that fantasy it ends with the jarringly literal tag ‘for gifts that brighten their world’. A nightlight. Ho ho. I don’t think it will do them any harm, but I’m not sure it will do much for their festive sales either.

So the subtext here is thank heavens for off-grid gas supplies, otherwise Christmas really would be ruined. Cooking up a storm in the snowbound, electricity-less Tan Hill Inn promotes a perhaps unlikely degree of bonding over the Waitrose Essentials remnants in the store cupboard, but this is beautifully acted in an understatedly British way and, for a Christmas ad, bravely and humourously downbeat at its conclusion. As the tiniest antidote to the schmaltzfest going on in everyone else’s ads, this is very welcome.

There’s enough cheesiness (not only from Ricky Tomlinson) stuffed into this ad to surely make anyone smile. If the dodgy rhyming doesn’t get you, the elongated sprouts should. And it’s all executed with a kind of infectious jollity that covers both the good and less good bits of the festive season with a positive glow of recognition. There’s so much going on that I suspect it will bear a fair bit of repeat viewing too. The only clunky bit is the gear change needed to shoehorn the creative into the brand message at the end. ‘Every bit of this… is living well’ doesn’t really make any sense at all. That’s a relatively minor quibble though, given what other retailers have inflicted on us.

9/10 – minus a retrospective five points for grievous mispronunciation of ‘charades’. 4/10