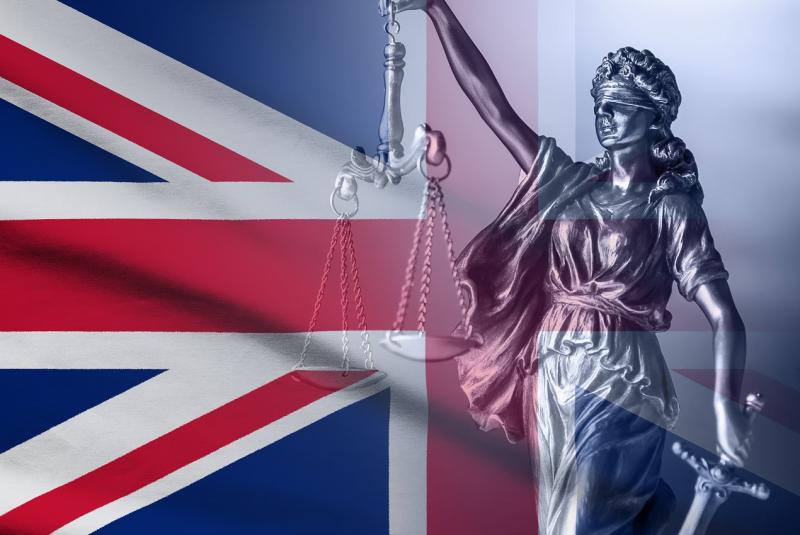 HR Solutions look back over some of 2020’s key interesting employment tribunal cases, as well as consider how UK employment will be impacted by Brexit.

UK Employment Law 2021 and beyond

When the UK was a member of the European Union (EU), it meant that a significant amount of UK employment law was introduced in the UK, with the basis for it being underpinned by EU legislation.  This meant that our own UK domestic employment law, had to be kept aligned to European standards and not fall below.

Now that the UK is no longer in the EU, it cannot translate any new EU legislation into UK domestic law, this includes new case rulings that arise from the European Court of Justice (ECJ).  From this point forward, the UK has full independence in setting its own employment legislation.  The UK Government have committed to maintaining the high level of standards in employment rights and moving forward, it will be for the UK to either amend or remove any of the existing employment rights, including those that derive from European legislation.   However, until such point, we continue to be bound by existing EU rulings and regulations.

In terms of UK employment tribunal decisions moving forward, then the courts will not be able to refer any matter to the ECJ for its own interpretation on whether EU directives have been implemented as Tribunals are no longer bound by any principals laid down or decisions made by the European Court of Justice.

The Covid-19 pandemic has significantly impacted the criminal justice system, which has seen a major backlog and delay in tribunal hearings.  For the first part of the pandemic, Employment Tribunal claims had been put on hold altogether, and as we reported in September, the Ministry of Justice (MOJ) said that there were 39,093 single claims and 5,915 multiple claims outstanding.  An increase of 26% since March, when the pandemic began.

The Government announced in October that to address the backlog, the courts would have the ability to hold remote hearings as well as the judiciary having the option to use non employment judges.  Acknowledging that in these instances, there would be measures in place to ensure the suitability of the non-employment Judge.

There remains a backlog, and claimants and respondents should be aware that it can take at least 12 months for a case to be heard.

Possible Areas of Change Because of Brexit?

With the UK having left the jurisdiction of the EU and having the ability to make its own laws, it is inevitable that we will see changes to our employment legislation.  We saw in recent weeks, confirmation that the UK Government was undertaking a full review of UK workers, but this has since been quashed, we suspect this is due to the pandemic and recent developments regarding this.

It is inevitable though that a review will take place as ultimately, the UK want to have independence from Europe and to make its own laws.  We already know there are certain areas of workers’ rights, where the Government are keen to amend, such as TUPE and the working time regulations.  Within the HR community, there are areas where we think we could see change, but of course, nothing has yet been confirmed by the Government:

1.     TUPE is an area which is like redundancy, in that there is a legal requirement to consult.  However, with redundancy, there are defined periods of time for which an employer must collectively consult for but under the TUPE regulations there is not.  It therefore makes sense to have the same principals for both legal frameworks as it is about the way in which employers communicate and engage with their staff and both processes have significant implications for an employee’s continued employment.

2.     In terms of the working time regulations, the UK is the only country in Europe which has not opted out of the 48-hour work limit.  This has meant, we have been the only country to require employees to sign out of this to be able to work more than this.  It was recently reported in a UK newspaper that this was one area for review, before the Government confirmed that no review would now be taking place.

3.     The Agency Worker Regulations may also be looked at; the regulations provide those agency workers who temp for at least 12 weeks with an entitlement to the same pay and benefits as company employed staff.

We can already plan for 2021 based on current consultations progressing through parliament (although it is not automatic, they become law) and key dates which have already been announced.

·         The consultations on reform of post termination non-compete disclosures and one on extending the ban on exclusivity clauses in employment contracts both close on 26 February.

·         The Coronavirus Job Retention Scheme is due to close 30 April 2021.  There has been no communication from the Government to say this is no longer the case.  We continue to monitor this closely and will update our knowledge base should any developments occur.

Date to be Confirmed

·         We also have remaining parts of the Good Work Plan left to introduce, such as legislating the length of time between periods of employment with the same employer can be claimed as continuous. Currently is stands at one week but will increase to four weeks.

·         Other areas of the Good Work Plan which are due consultations and implementation include the introduction of the right to request a more predictable contract, require all employers to ensure tips and services charges are passed to workers and extending redundancy protection rights for pregnant and new parents.

·         We are due a response to the 2020 consultations on carers leave and neonatal leave and pay.  The Government are proposing to introduce leave and pay of up to 12 weeks for parents of babies needing neonatal care with an expected implementation date of 2023.

·         Lee v Ashers Baking Co is due to be heard at the European Court of Human Rights on the basis that the Supreme Court’s decision that decision by Ashers Baking Co to refuse making a cake supporting gay marriage was not discriminatory.  Whilst this is about goods and services, any precedent from it may be relevant to future employment cases.

·         Kostal UK v Dunkley will be heard in the Supreme Court on 18 May to consider the issue of when employers can approach employees directly to agree temporary changes to contracts following the breakdown of union negotiations under collective bargaining arrangements.

·         Flowers v East of England Ambulance Trust is to be heard on 22 June to consider whether holiday pay must include regular voluntary overtime.

·         Harpur v Brazel wil be heard by the Supreme Court on 9 November which will consider whether workers who only work part time of the year should have their holiday entitlement capped at 12.07% of annualised hours.

Find out about recent employment tribunal statistics and some of 2020’s key interesting cases by reading the full article, at www.hrsolutions-uk.com/employment-tribunal-cases-2020, where we cover the following:

·         Webinar Recording: you can Watch the HR Solutions webinar recording about Interesting Cases 2020, and download the webinar slides, at www.hrsolutions-uk.com/services/interesting-cases-2020.

·         HR Knowledge Base: as part of your PRCA membership you can get access to the HR Knowledge Base, which is the go-to resource for thousands of business owners and managers across the UK.  The HR Knowledge Base includes HR documents, templates, legal updates, news and hot topic articles as well as access to free webinars and HR seminars.  To find out more call 0844 324 5840 or visit www.hrsolutions-uk.com/members-prca.