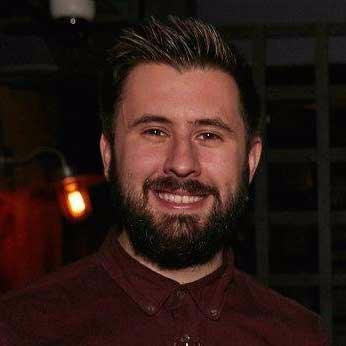 One brief. 24 hours to turn around a proposal. Last year over 40 agencies from across the UK entered the UK Young Lions competition, judged on the very simple criteria: is it a good idea?

It’s the perfect opportunity to test your creative mettle. It’s fun, challenging - and very different to any other pitch process.

If you’re thinking of entering: do it. Here are a few pointers.

Deliver on the objectives: Let’s start with the incredibly obvious one that a lot of people forget: hit your objectives.

This is a competition that is judged on creativity, but people have a habit of forgetting what good creative is. A unique idea that doesn’t deliver to the brief isn’t creative, it’s fluff.

Good creative is an original idea that delivers value.

Know how to use insights: Any campaign should start with knowing the audience, but don’t give research for the sake of research. Knowing the difference between data and insights is crucial (data + relevance + direction = insight).

Use visuals and keep it simple: You have ten slides and five minutes to sell your idea. If you don’t use visuals properly, you’re going to struggle. Scamps, artwork, visual concepts - these will all help to communicate your idea quickly and efficiently.

Our Child Line deck - below - was way, way too text heavy. Look at it! It’s like a bloody dissertation. We panicked and tried to put way too much in.

On every slide, ask yourself what is the one thing you want the judges to take away from this, then make it all about that. The rules of good writing also apply to presenting (see point four).

You’ve got ten slides, and ten points is more than enough to sell an idea.

Sooner or later you have to take the plunge: I’m going to let you in on a little secret. We didn’t like the idea that took bronze in Cannes. It was nowhere near our best creative work, but we kept hitting a wall (mostly because we were overwhelmed by the brief, which I’ll come to next).

After we came third, we spoke to the American and the Norwegian teams (who took gold and silver respectively). It actually turns out neither of them were completely happy with their creative - although they were all happy with their strategy.

Everyone eventually took the plunge. Sooner or later, you’ll have to too, otherwise you’ll just dig yourself a hole.

Don’t get overwhelmed: We struggled with the Cannes brief, mostly because it was huge. They were looking for a comms campaign that changed attitudes towards food waste. We found ourselves paralysed by the size of it. How could one comms campaign do what decades of campaigns couldn’t?

If you find yourself in this situation, ask yourself: what can we change? Is it just one tiny thing? Will that tiny thing make a difference? Awesome. Do that.

Practice, practice, practice: In my experience, there are two types of pitchers. Ones that practice the pitch until they could say it backwards, and ones that memorise the key points and then speak to them. Both work, normally.

If you’ve got any more questions tweet me @paulstollery. Our winning UK deck and (nearly) winning Cannes decks are below.