Reputation is the key to kick starting a positive donor experience 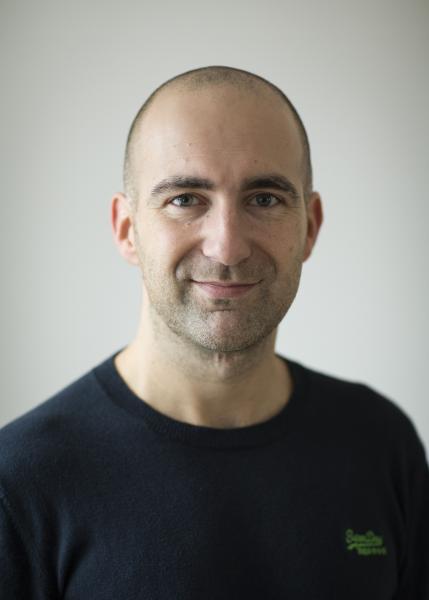 Building the reputation of charities is at the heart of the Commission on the Donor Experiences’ recommendations to charities.

The Commission was launched in March 2016 in response to media scrutiny of fundraising practice. At its heart was one simple idea – to place donors at the heart of fundraising.

Research conducted by the Commission found that the quality of fundraising activities can be very inconsistent, with people reporting varying degrees of positive and negative experiences.

The blue print which has been developed by the Commissioners and the volunteer experts who have contributed to the report means that public relations pros working in charities and other not-for-profits must be at the top table when it comes to decision making about fundraising strategy.

As the experts from Kantar set out in a series of blog posts for the PRCA last year, reputation matters in setting the context that potential donors receive any fundraising messages. Therefore, it makes sense that those that build and protect the reputation of charities need to be consulted by fundraisers from the outset of any campaign.

This points to a wider issue that will be vital in the implementation of the Commission’s recommendations: fundraising and communications outputs must be seen as part of the same donor experience.

Fundraisers must accept that while they have specific skills, the reputation of the charity developed and maintained by PR teams will have a huge impact on the likelihood of audiences agreeing to donate.

Equally, communications teams need to embrace the fact that they are contributing to a donor experience through their work and work with fundraising specialists to ensure plans are aligned.

The recommendations for media teams set out in the Commission’s final report, by the late Tim Kitchin, serve as a positive legacy to this great man’s talent and passion for the charity sector. As his former colleague, Jason Suttie put it “this project brought together, rather fittingly, Tim's early experience in PR and more recently at Copper planning donor experiences for charities. It's serendipitous that he'll be most recently remembered for this project which will continue to provide guidance to two sectors he was so passionate about.”

Tim summarised six key principles for fundraisers to follow when engaging the public via the media and should be implemented by all charity PRs:

o    Communicate the positive impact of your work as much as the problems you address.

o    Specifically, work to bring project outcomes to life, particularly by using them to authentic voices and enliven your annual reporting

o    Seek out the authentic voices of your most committed supporters and beneficiaries, and inspire them to talk freely on your behalf.

o    Specifically, allow, empower and encourage local evangelists to use social media on your behalf, and agree on protocols and training to engage with mass media

o    Build collaborative media partnerships that engage readers and viewers, and which offer win-wins with media and advertising supporters.

o    Specifically, create fundraising propositions that have the media as a partner, rather than merely as a 'channel.'

o    Communicate at a human level, across all channels, at all times.

o    Specifically, explain beneficiaries' experiences as personal stories that connect with donors' real lives, and encourage donors to tell their own stories of emotional connection.

o    Specifically, stand up for the work you do by celebrating its impact, while still acknowledging the work that remains to be done. Behave as if you were providing 'shareholder guidance' and quarterly forecasts.

o    Admit quickly when you screw up - and change things.

o    Specifically, take decisive actions to honour donors' needs in terms of your behaviour – and tell people when you've done it.

As a starting point, there isn’t a word to be challenged in his work.

The challenge will not just be in the implementation of this by PR professionals, but on the closer working of these principles into wider fundraising / communications teams.

All of the Commission’s 6P’s – the over-riding recommendations in the report – have implications for PR and Communications staff.  From communicating the purpose of charities more effectively to ensuring the promises made to ensuring broader calls to action to supporters are delivered as part of the donor experience, the need for integrated charity communications is a clear outtake from the Commission’s evidence.

Ultimately this may mean some difficult decisions for leaders of fundraising organisations. For example, some organisations will want to merge fundraising, digital, marketing and communications teams under a single “donor experience” directorate, or share donor experience-based targets across these disciplines / teams.

At the very least it will mean that professionals working in these areas will need to learn more from their colleagues.

The PRCA’s Charity and Not-For-Profit Group has a role to play in this – and we will kick start our contribution with an event in November focussed on how fundraising and communications can work closer together in charities.