We must help charities have the freedom to campaign 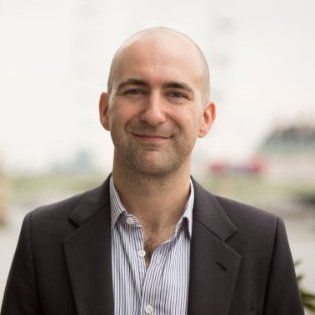 Charities have a legitimate and valuable role to play in campaigning for positive social change because they occupy a unique position in civil society between beneficiaries and policy makers.

They are well placed to spot the unintended consequences of proposed changes to legislation and able to highlight the gaps that risk leaving sections of our society behind.

But measures introduced by the Government, such as the Lobbying Act, are continuing to take a heavy toll on voluntary, charity and social enterprise (VCSE) campaigning, according to the latest Sheila McKechnie Foundation Campaigner Survey.

Overall, 90% of respondents believe campaigning by the VCSE sector is under threat and 49% say things have got worse since last year.

87% of respondents believe that government measures are threatening the legitimacy of campaigning and, for the second year running, the research shows that the chilling effect of the Lobbying Act is a very real issue.

But the worst thing the sector can do is be cowed into silence.

The PRCA Charity and Not For Profit Group opposed the Lobbying Act and gave evidence to the House of Lords, Hodgson and Harries enquiries. But while we mostly supported the proposed Hodgson reforms, the government has rejected them.

So we must move on.

The ease in which the Fixed Term Parliaments Act was overturned to call the 2017 General Election and the precarious nature of the political climate has meant that a 'regulated period' as defined in the Act could be instigated at anytime.

This in itself should be enough of a wake-up call stop avoiding the regulations, but embrace the reality of the situation.

The sector must take responsibility for finding a way through the muddle.

That's why the PRCA has supported Campaign Collective's attempts to create a guide to what campaigners CAN dounder the Lobbying Act.

The Freedom To Campaign Guide that launches today distils 104 pages of official guidance into an easy to understand summary and is free to access at campaigncollective.org/FreedomToCampaign.

The Charity Commission for England and Wales acknowledges that while charities must be independent from party politics they must still be able to use their voice effectively at election times.

Let’s make sure they have the knowledge to be able to do so.

The Freedom to Campaign Guide can be downloaded from https://campaigncollective.org/FreedomToCampaign/